Rocketing energy prices have quickly become a global concern, and with no end to the crisis in sight, many households are taking steps to reduce their energy consumption and keep their energy bills under control. If you are trying to make your home more energy efficient and crisis-proof, replacing an aging air conditioning system with a new system can be very effective.

If you are looking for a new air conditioning unit, and want to prioritize energy efficiency, here is a brief guide on what you should be looking for in a new system:

The compressor is one of the most energy-hungry components of any air conditioning system. These devices are responsible for pumping refrigerant liquid through your system to where it is needed, and are found in both ducted air conditioners and ductless split systems.

In most inexpensive air conditioning systems, the compressors run at a single, fixed speed. While single-speed compressors are mechanically simple and easy to maintain, they do waste a lot of energy, running at full speed even if you only need to alter the temperature in your home a few degrees.

Systems with two-speed compressors use considerably less energy than their single-speed counterparts. On hot days when the air conditioner is badly needed, these compressors will run at full power, but they can also run at a low speed, low power setting during milder conditions. Over the course of a few months or years, two-speed compressors can significantly lower your home's energy consumption.

If you want to go further, consider investing in an air conditioning system with an inverter compressor. These compressors do not have fixed speed settings. Instead, by automatically moderating the amount of power they receive, they are able to fine-tune their power usage and compression speed depending on demand and ambient temperatures.

Inverter air conditioners are more expensive than single or two-speed systems, but are much cheaper to run, and do not require any user input to maintain efficiency. If you are able to afford an inverter air conditioning system, the investment will pay for itself within a short time period.

Accidentally leaving your air conditioner running while you are away from home for long periods is a common cause of excess energy consumption. Choosing a system with Wi-Fi connectivity and remote control functionality can help ensure your air conditioner only runs when it is needed.

These systems can be controlled via an app downloaded to your smartphone or tablet. Unlike conventional remote controls, Wi-Fi remote control has an effectively unlimited range, allowing you to control your system from anywhere in the world with a decent Internet connection. For homeowners who frequently travel for work, these systems can be an invaluable energy saver.

Inadequate installation is one of the least-known causes of air conditioner inefficiency but can add hundreds of dollars to your energy bills.

Duct vents and blower units must be carefully positioned to maximize airflow and cooling efficiency, and outdoor condenser units can be forced to use a lot more power if they are installed in unsuitable areas with poor airflow. Your system's thermostat(s) must also be installed carefully — placing a thermostat beneath a cooling vent, or in direct, prolonged sunlight, will impair its ability to accurately measure ambient temperatures, increasing energy consumption.

For these reasons, you should make sure your new air conditioning system can be professionally installed by a professional air conditioning unit installation service. These services can calculate exactly where system components should be placed to maximize efficiency and minimize energy waste. 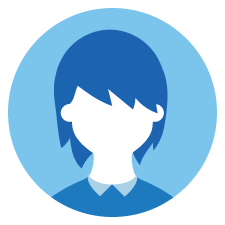 Do you like inhaling recycled air riddled with pollutants? If you would prefer to breathe clean, pure air inside the comfort of your own home, you should learn what you need to do to keep your air conditioner clean. I have been working in HVAC for the past twenty years, and I could tell you horror stories about how dirty ventilation systems can get. I want to spread the word about how important a clean system is for you and for your appliances. As you read through my blog, I hope that you can find tips and tricks to keep your air conditioner clean and functional, so that you can keep your family safe.